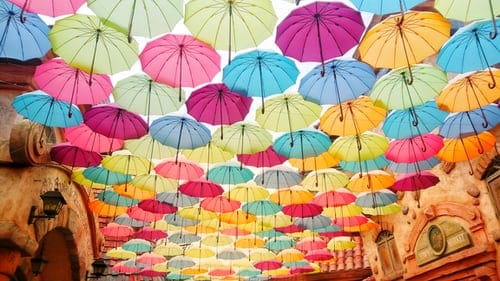 When I began (around 22 years ago) compiling the protocol/integration for AutPlay® Therapy, I had an understanding of neurodiversity. I had read about the term and concept from Judy Singer and had my own lived experience as a neurodivergent person. I also had an awareness and understating of ableism, primarily pertaining to individuals with physical disabilities. As the tenets of AutPlay were being realized, I believed I was celebrating neurodiversity, not being ableist, and providing a new way of viewing and working with children. While I had learned much, there was still more to learn. I had deconstructed a great deal of the ableist education I received, but unbeknown to me at the time, my work was not finished. The beginnings of AutPlay certainly contained affirming ideas and a distinct difference from the behavioral focused “therapies” that permeated at the time, but it was not a fully realized affirming approach. There were elements of the medical model, deficits, person first language, and uneven views of “skill” development. Even as a neurodivergent person, I was not immune to the societal and systems conditioning of ableist thought that still found its way into the AutPlay protocol.

My understanding of the neurodiversity paradigm, movement, and anti-ableist processes has grown exponentially since the beginning of AutPlay. Luckily, I have been able to grow AutPlay as I have grown, fine tune the framework to comprehensively highlight a neurodiversity affirming approach and continually eradicate ableist pieces. Along my own growth journey, I have discovered a few truths that I share with therapists to help them in their own journey of deconstructing ableism and non-affirming beliefs and rebuilding a neurodiversity informed and affirming practice.

1. Ableism is a powerful conditioning process. To deny it’s power historically and in our current society is to set ourselves up to produce ableist (and harmful) processes, likely without realizing it.

2. No one is immune from being ableist.

3. Ableism exists in levels and/or degrees of ableist thought. Just because you are not like “that professional” who believes that autistic children need to be cured from their autism, doesn’t mean you don’t have your own ableist beliefs.

4. We must continually commit to listening to, hearing, learning from, and contemplating the words, insights, and experiences of neurodivergent individuals.

5.  To become non-ableist and affirming is a mindful, consistent, lifelong pursuit to deconstruct societies conditioning and create new self-awareness.

6. Ideal change happens on a systemic level but starts with one person making changes within themselves.

Am I ableist? It is not always easy to tell if you are biased or implementing an ableist belief. Many people have biases, and many are very well conditioned in ableist practices and thoughts and don’t realize it. It can be because of the way they grew up or what they learned from their education, media, and/or society. The AutPlay therapist should be mindful of ableist influences. They should be active in exploring and recognizing ableist and non-affirming ideas within the mental health culture, approaches, techniques, etc. and within themselves. They will make a commitment to keep learning about the neurodiversity paradigm and movement. They will take care to view all play therapy techniques and interventions through a neurodiversity affirming filtering process. They will do these things because they can, it is the right thing to do, and the children they work with deserve this.

They will do this because it matters.

Visual schedules and task/activity completion visuals have existed for a long time. These types of interventions or supports have been used for children, both neurotypical and Neurodivergent, to provide help and success with several constructs. They can be created in many ways – pictures, words, dry erase boards, computer programs, etc. I have personally enjoyed…

It was a Wednesday afternoon and John, a 14-year-old autistic male, was coming in for his third counseling session. He had shared little during his last two sessions and mostly sat and stared around my office. John and I had been working on rapport and by his third session, he had begun to feel comfortable…

Research supports that autistic individuals are often drawn to technology more so than their neurotypical peers (Goldsmith & LeBlanc, 2004), and incorporating technology-based interventions (especially those that have shown promise in addressing the needs of neurodivergent clients), becomes a logical therapy process. The increasing popularity, affordability, accessibility, and availability of technology devices have influenced research…

The term “social navigation” functions as an umbrella term, covering a wide scope and variety of social related awareness, strengths, needs, and experiences which range from simple to more complex. A person’s social navigation is often interpersonal, specific behaviors that involves an individual in interaction (or lack thereof) with others in an environment. The extent…